The 411 on TOD: Transforming urban space through transit-oriented development 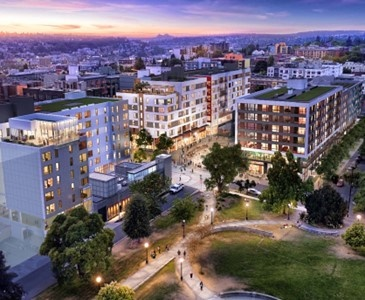 It’s the idea that development near public transit stations should include an abundance of housing so people can use transit as their main source of transportation to more easily access jobs and services.

If you’re familiar with the transportation industry, then you know that acronyms and abbreviations are a way of life. There are various acronyms you’ll likely run into, but one such acronym to be familiar with is “TOD,” which stands for transit-oriented development.

Transit-oriented development is both a strategy and an outcome. It’s the idea that development near public transit stations should include an abundance of housing so people can use transit as their main source of transportation to more easily access jobs and services. Sound Transit, a public transit agency located in the Seattle Metropolitan area, first introduced TOD as a policy framework in their TOD Program Strategic Plan in 2010. The policy and strategic plan provide the foundation for Sound Transit’s approach to integrating transit infrastructure and local and regional land use development.

In 2021, Sound Transit hired PRR to support community engagement for their TOD efforts to plan the transformation of industrial properties currently storing construction equipment into hubs of housing and services. Their goal is to attract developers that will honor community needs, which include having a percentage of affordable housing units near a transit center.

Our work has produced thousands of engagements in multiple languages so far, with more work on the way. We just won our third on-call contract to support even more TOD outreach starting later this fall.